Compared with metallic materials, graphite has a lower density and has excellent machinability.

Under the protection of inert gas, it can work at a temperature of 3000 ℃ or even higher.

Because of its good thermal conductivity, graphite is an ideal material for certain applications, such as heating elements.

Due to its fine particle size and internal structural homogeneity, molded graphite can be used as a substitute for isostatic graphite, regardless of size.

The commonly used pressing methods in the graphite product industry are extrusion and molding.

The molding method of mold graphite block is to put a certain amount of paste into a mold with the required shape and size, and then pressurize it from the top or bottom, and sometimes apply a certain amount of pressure to the paste from the upper and lower directions at the same time, so that the paste is in the mold. Formed by compression. The pressed semi-finished products are then demolded, cooled, checked, and then stacked. The molding equipment includes vertical presses and horizontal presses. The molding method generally can only press one product at a time, and the production efficiency is relatively low. But it can make some products that cannot be made by extrusion method. Molded graphite has a very wide range of properties in terms of mechanical strength, friction resistance, density, hardness, electrical conductivity, etc., and can be further improved by impregnating resin or metal.

The extrusion method is to put the paste into the paste cylinder of the press and extrude. The corresponding front of the press is equipped with a replaceable extrusion ring (exchange the cross-sectional shape and size of the product), and the front of the nozzle is provided with a movable baffle. The back of the paste cylinder is the main plunger of the press. Before pressurizing, the baffle plate is placed on the mouth of the mouth. When pressurizing, the pressure moves forward to the discharge compression. When the baffle is removed and the pressure is continued, the paste is extruded from the mouth of the extrusion nozzle, and the extruded strip is cut into the required length, and then stacked after cooling and molding. The extrusion method is semi-continuous production, that is, after adding a certain amount of paste, several extruded graphite blocks, like solid graphite block, can be continuously extruded, so the production efficiency of the extrusion method is much higher than that of the film pressing method.

At present, most graphite products are produced by extrusion method. Molding is often used to produce molded graphite with smaller dimensions or products with finer structures. 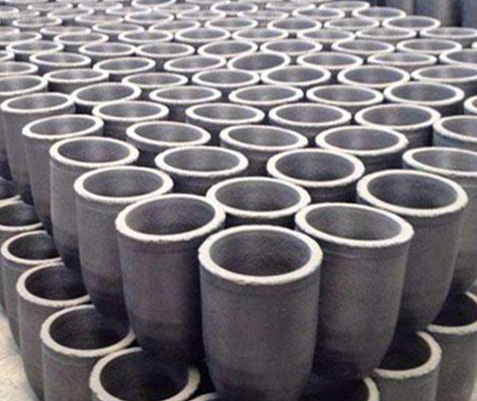 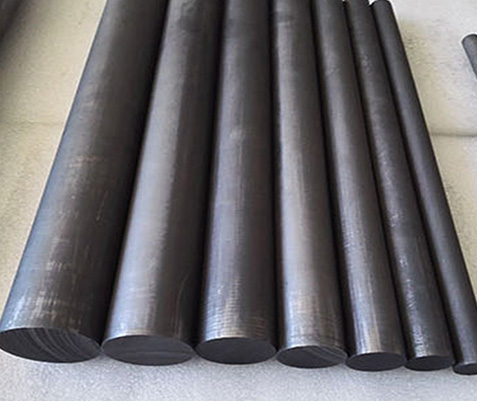